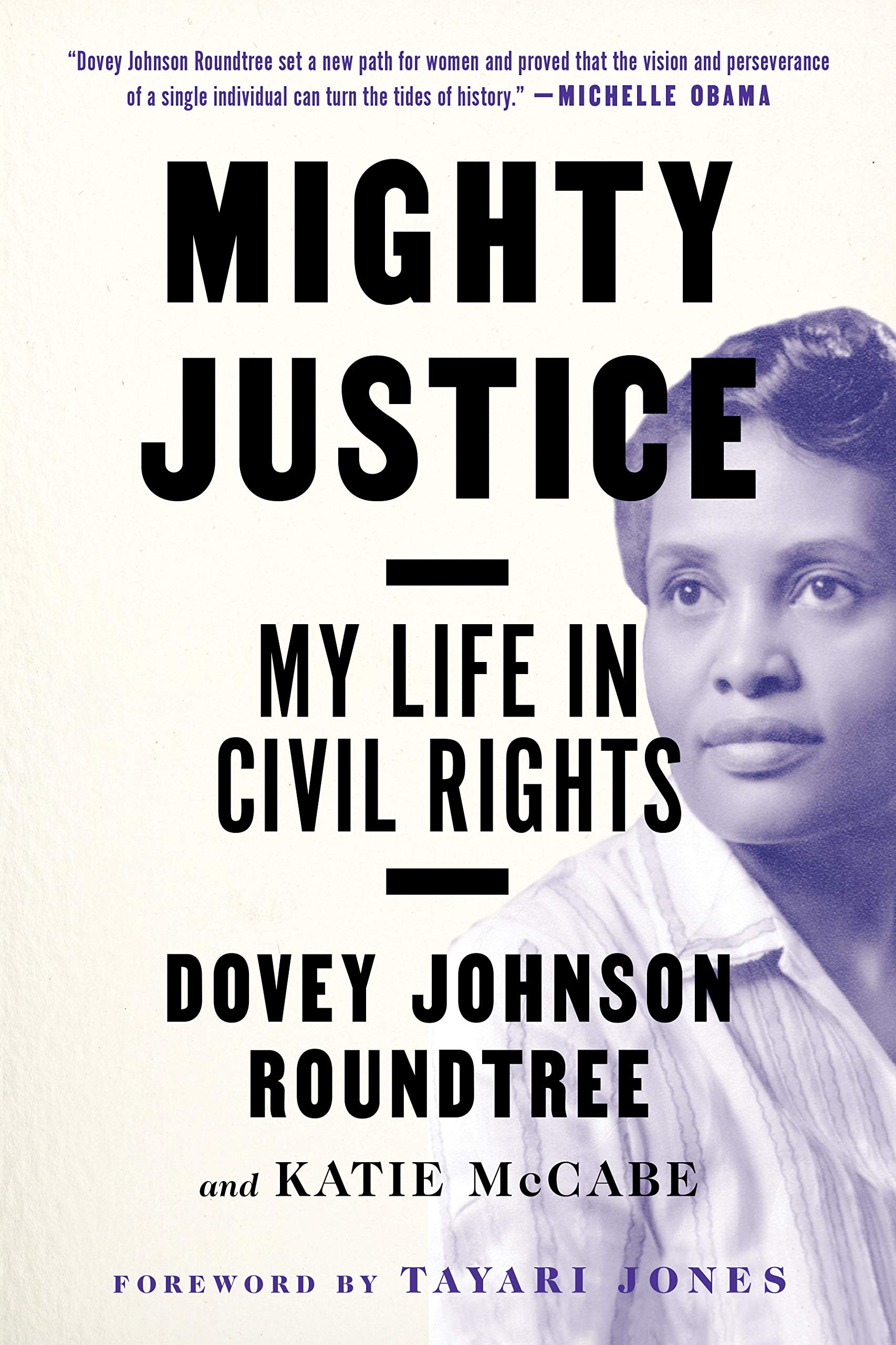 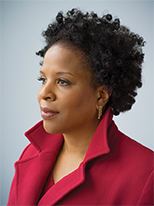 We have all heard that the arc of the moral universe bends toward justice, but during dark and difficult times, it’s sometimes a challenge to see it curving in the right direction. History tells us the stories of the great men—charismatic, brave, and doomed—who gave their lives to the struggle for racial equality. While these men earned our praise, we know that they did not change the world alone. Mighty Justice is the story of a great woman, Dovey Johnson Roundtree, who dedicated her life to moving the United States closer to ideals outlined in the Constitution. Born in 1914 in Charlotte, North Carolina, Dovey Roundtree came into this world with her mind stayed on freedom, as the sixties protest song goes.

This is a love story. Dovey Johnson Roundtree was a patriot, in love with a flawed, unfair, and often cruel nation. One of her earliest memories was the sight of her grandmother’s feet, misshapen and gnarled as a result of violence at the hands of an angry white man. But along with her memory of the damage done her grandmother’s body, she recalls herself on bended knee, kneading and massaging the same feet, providing comfort to the woman who had been brave enough to say no in the face of power and paid the price. Even as a small child, Dovey Johnson Roundtree understood that the ultimate act of love is service.

I wonder how Dovey Johnson Roundtree would want this work to be discussed. I am sure many will read this story, as I did, and marvel that her name and contributions are not better known. Still, I resist the impulse to call her a “hidden figure,” the term coined to honor the black women whose unsung contributions to NASA helped put a man on the moon. But I can’t imagine that Ms. Roundtree would cotton to such a description. While she was no doubt aware that hers was not a household name, I am not convinced she would consider that a tragedy. There is a hymn well-loved in the African Methodist Episcopal Church that proclaims, “Let the work I’ve done speak for me.”

Hers was a life of constant contribution. In the 1940s, she heeded the call of the great Mary McLeod Bethune and joined the first class of African American women to be trained as officers in the Women’s Army Auxiliary Corps, lending her skills to support the war effort. These difficult years capture the paradox of her experience as a black woman in the United States. She was a proud American, eager to represent her country in World War II. The term “the Greatest Generation” conjures images of handsome young soldiers storming European beaches before returning home triumphant in uniform, and then another image of these same men, old and wizened, festooned with medals, entering the White House in wheelchairs. But a generation is a vast and diverse marker. Also part of this generation were the women who worked as switchboard operators, mechanics, bakers, whose labors supported the men on the battlefield. And among them were the black women who challenged segregation—and sometimes won, but other times were excluded, penalized, and humiliated for their efforts.

Ms. Roundtree herself faced the pain of being shunned by the country she had so well served. As a young servicewoman, she insisted to her right to a seat in the white section of a segregated bus. She was thrown off the bus and forced to remain for several hours in a deserted depot. This would be a dangerous situation for any woman, but for a black woman the threat was infinitely more grave. This incident stayed with her long after she was safe at home. In the struggle for freedom, Ms. Roundtree was deeply invested not just from an abstract respect for the ideals of the nation, but from her own yearning to live free.

She found her calling as a lawyer. In her own words, “The promise of the law lifted me, when so much else weighed me down.” Careful parsing of Plessy v. Ferguson, the most destructive decision in the history of the Supreme Court, demonstrated “how thoroughly Jim Crow rested on sand.” Law school was demanding: Ms. Roundtree worked two part-time jobs to support her studies and struggled with her health. Still, as someone would say decades later, nevertheless she persisted. As with her experience in the military, she had to fight discrimination in law school. Howard University is a historically black university, but she was one of the few women in her class. Still, she studied alongside the men, winning their respect and in some cases lifelong friendship through a shared sense of mission, a deep faith in the promise of the law.

Ms. Roundtree believed that the route to justice was through the courts. Along with her colleagues she argued cases on behalf of scores of African American citizens who opposed segregation. Most Americans will understand the import of Brown v. Board, argued by the great Thurgood Marshall, toppling Plessy v. Ferguson and ending segregation in public schools. But few people know of the countless other cases tried by lawyers like Ms. Roundtree who were barely paid. They lost more cases than they won. But when they were triumphant, their cases made small cracks in the barrier that separated African Americans from their civil rights. This is not the story of well-dressed, fast-talking lawyers seated in rich leather chairs. This is a story about lawyers as laborers, serving the people.

Ms. Roundtree was exceptional, but she was not an exception. All her life she was surrounded by those who shared her commitment and values—from her grandmother, who insisted that she go to college, to Mae Neptune, the professor at Spelman College who helped Dovey pay for her education. Even as a young woman, she forged relationships with Mary McLeod Bethune and A. Philip Randolph, titans of American history. She saw herself as a member of a mighty army, understanding that she was a participant in a steady movement of dissent that spanned generations.

In addition to its historical significance, Mighty Justice is a pleasure to read. When speaking of one of her clients, Ms. Roundtree invokes the “surety I believe that God gives to persons who are telling the truth.” I will assert here that she expresses herself with the music God gives to the same. Whether she is remembering the Southern lilt of her grandmother’s voice or the ruin of a man wrongfully imprisoned, or even her own longing for love and family, Ms. Roundtree speaks with conviction and eloquence. But more than that, she approaches the story of her own life with the passion of one who is called to witness.

Like its author, Mighty Justice is many things at once. It is a call to arms for those who refuse to allow the nation to be dragged back into the dark days of segregation and blatant injustice. It is a how-to guide for those already performing freedom work. For those who are tired and discouraged, it is a rousing reminder that change will come for those who are persistent. For those who know little about the route from the hard-won battles to end American apartheid, in your hand is an education. But for us all, it is, as Dovey Johnson Roundtree spells out in the final chapter of this remarkable life story: Healing the Brokenness.

Tayari Jones is the author of the New York Times bestselling novel American Marriage and three previous novels, including Silver Sparrow. A winner of numerous literary awards, she is a Professor of creative writing at Emory University. Like Dovey Johnson Roundtree, she is an alumna of Spelman College.