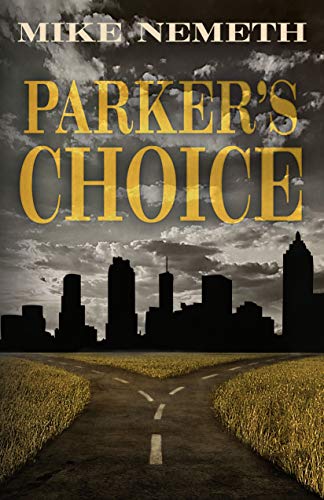 Hiding from his troubled past in Atlanta, Parker can’t escape his enemies. His former business partner blackmails him and when she’s killed, Parker becomes the chief suspect, but he fears his wife did it. His boss coerces him to commit fraud, but he and his clever colleague, Sabrina, uncover evidence that his elusive birth father is involved in the scheme and then Parker’s innate moral code faces an impossible challenge.

Our personal moral code is a mixture of values and beliefs from many sources; it affects the choices we make, and thus our life’s path. Do you agree with that assessment? Where do you see examples of it in the story? What choices do Parker and other characters make that prove or disprove the validity of personal moral codes?

Is the practice of outsourcing American jobs to foreign countries immoral on some level, or do we have to be good citizens in the larger context of a global community? Do corporations owe their employees loyalty? Or can corporations seek profits as the key tenet of a free market system? Why?