A Letter to Readers by Jaquira Díaz 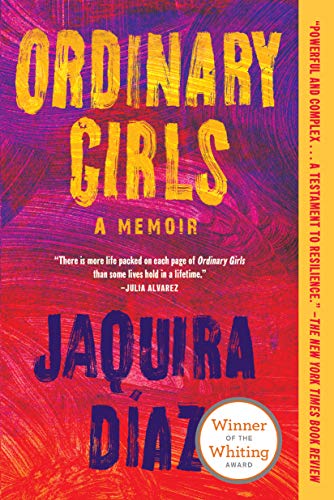 Ordinary Girls is about my childhood and adolescence in Puerto Rico and Miami Beach, about surviving depression and violence. It’s also about love and friendship, about our parents and how their actions shape us, about finding ourselves, even as we’re losing the people we love, about how we are not defined by the worst thing we’ve ever done. Growing up, I was a juvenile delinquent who spent most of her time on the streets, a high school dropout. At eleven, I attempted suicide for the first time. Then a few months after that, I ran away from home for the first time. And then I started getting arrested. I was a repeat offender who kept running away, kept getting arrested, kept fighting in the streets. I was also in the middle of a sexual awakening, what my friends would call “catching feelings” for boys and girls. But I couldn’t talk about that, not to anyone, not in the early nineties, and certainly not in my neighborhood.

I spent much of my childhood and adolescence pretending to be someone else, especially when it seemed like the whole world was trying to erase us. I spent a lot of that time hiding in books, looking for myself in stories, and after I became a writer, I decided that I would write about people like me, girls and women who were black and brown and poor and queer, or like my mother, a white woman who didn’t know how to raise or protect her brown children, who would spend her entire life struggling with mental illness and addiction. I wanted to create a home for people who rarely had a home in the literary landscape. And more importantly, I wanted to write about my community without losing sight of what mattered most: that the people I was writing about were real. That they existed, even if the rest of the world didn’t see them. And that they loved each other.

Thank you for reading,