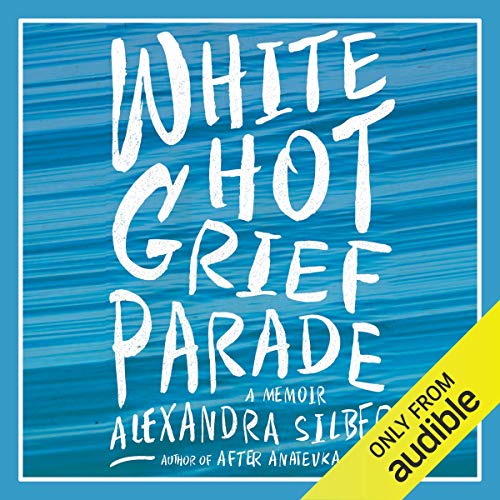 White Hot Grief Parade: A Memoir is Bookclubz' Book of the Month.

Alexandra “Al” Silber seems to have everything: brilliance, beauty, and talent in spades. But when her beloved father dies after a decade-long battle with cancer when she is just a teenager, it feels like the end of everything. Lost in grief, Al and her mother hardly know where to begin with the rest of their lives. Into this grieving house burst Al’s three friends from theatre camp, determined to help out as only drama students know how―and they’re moving in for the duration. Over the course of that winter, the now five-strong household will do battle with everything Death can throw at them―meddling relatives, merciless bureaucracy, soul-sapping sadness, the endless Tupperware. They will learn (almost) everything about love and will eventually return to the world, altered in different ways by their time in a home by a river. Told with raw passion, candor and wit, White Hot Grief Parade is an ode to the restorative power of family and friendship―and the unbreakable bond, even in death, between father and daughter.

Al experienced the death of her father at a time in her life when one stereotypically feels invincible. How does this chasm between death and grief and youth and having one’s whole life ahead manifest for Al in the wake of her dad’s passing?

Al has her family—well meaning, if sometimes intrusive while she and her mother struggle—and her “found family” of friends from theater school. What different roles do they take?

Al has made her career on the stage—but in the book, she finds herself playing a role she never auditioned for. Almost watching real life like it’s a theater piece she can’t get out of. How does the concept of theater and stage interweave itself throughout the narrative?

“Silber has written a rare showbiz memoir that holds more value for the writing than the celebrity name-dropping or rags-to-black tie trajectory. A witty and wise book.”—Washington Post “If successful marks of a fond familial memoir include admiration and an intense sentiment of communal loss, Al Silber's White Hot Grief Parade knocks it out of the park. Silber's memoir is lovingly told and teems with magic.”—Shelf Awareness (starred)