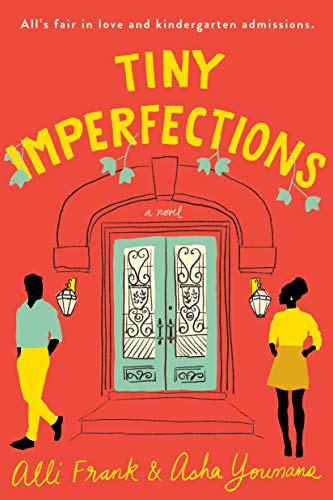 The Devil Wears Prada meets Class Mom in this delicious novel of love, money, and misbehaving parents.
All's fair in love and kindergarten admissions.
At thirty-nine, Josie Bordelon's modeling career as the "it" black beauty of the '90s is far behind her. Now director of admissions at San Francisco's most sought after private school, she's chic, single, and determined to keep her seventeen-year-old daughter, Etta, from making the same mistakes she did.
But Etta has plans of her own--and their beloved matriarch, Aunt Viv, has Etta's back. If only Josie could manage Etta's future as well as she manages the shenanigans of the over-anxious, over-eager parents at school--or her best friend's attempts to coax Josie out of her sex sabbatical and back onto the dating scene.
As admissions season heats up, Josie discovers that when it comes to matters of the heart--and the office--the biggest surprises lie closest to home.

At the beginning of Tiny Imperfections, Josie doesn’t believe she needs to date. Why? Do you think she’s lonely? Do you think Josie is happy with her life?

Why doesn’t Josie want Etta to go to Julliard? Why does Aunt Viv encourage Etta to go? Do you agree with one woman more than the other? What do you think Josie is afraid of?

Josie jokes about the fact that she’s not forty—yet. Why are women afraid to turn forty? What does forty represent for Josie?