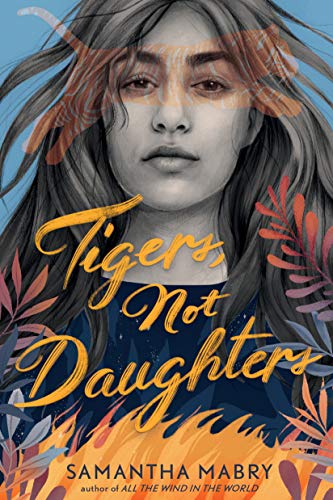 The Torres sisters dream of escape. Escape from their needy father and their San Antonio neighborhood. After her senior year of high school, Ana, the oldest sister, falls to her death from her bedroom window. A year later, her three sisters are still consumed by grief and haunted by Ana’s memory. But then strange things start happening around the house. The sisters begin to wonder if Ana is trying to send them a message—and what exactly she’s trying to say. Samantha Mabry weaves an aching, magical novel that is part family drama, part ghost story, and part love story.

This novel is interspersed with chapters told from the point of view of the boys across the street. What does this additional perspective add to the story? What do the boys observe about the Torres sisters that the sisters cannot see themselves?

The members of the Torres family express their grief over Ana’s death in different ways. What are some of the ways that each character deals with the loss? What does each family member’s unique way of grieving say about that character?