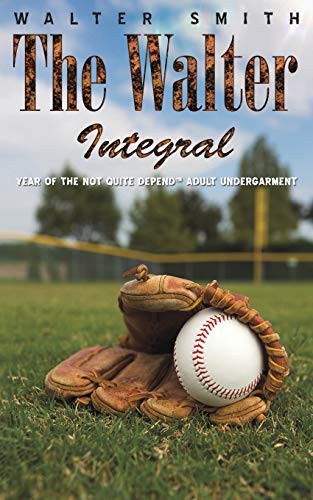 His story is told in small slices, describing events both real and not so real, but real enough to be overthought and overanalyzed by Walter's overactive psyche. Leaps into the future and past detail, quixotic adventures at college, on the golf course with his dad, at home with his not quite "All-American" family, and becoming a champion junior bowler. Walter is often thrust into the limelight in spite of trying to hide in the shadows.

Just small scraps of time, these Walter slices are frequently interrupted by non-sequiturs, social diatribes, rants, discussion of scientific and otherworldly topics, glimpses into the multiverse, and other contrivances; simply digressions from a baseball story about Little League, and the craziness that ensued following the first time Walter took a swing at an incoming baseball.

Do you think this was a story about baseball, or a traditional coming of age tale? Why?

Did the author paint a positive or negative picture of Walter’s parents? How so? What memories (if any) of time spent with your parents did reading the book bring back for you?

What did you think about devices like footnotes, “nerdy” technical digressions, the David Foster Wallace homage, etc. Did you like these elements? Were they distracting? Did you feel they fit the book?