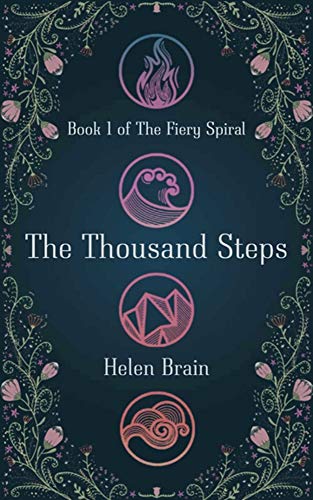 Buy it on Amazon
Q&A with the author!

When 16-year-old Ebba Den Eeden is unexpectedly released from the underground bunker where she and 2,000 of South Africa’s last surviving teenagers have spent their lives. But when she comes to the surface, she discovers that the bunker’s leaders have been lying for years, and that Cape Town— supposedly inhabitable after a nuclear holocaust caused massive sea level rise and flooded the city—is alive and well.

Soon, she finds out she’s the heir to a massive fortune, and the subject of an ancient prophecy that makes her the last hope to save the remaining human race. In a new world she doesn’t understand and surrounded by strangers each intent on gaining something from her, Ebba is forced to navigate her newfound power and the schemes of the evil High Priest and his handsome son Hal, while trying to unite four supernatural amulets and prevent a second global apocalypse. And when her three best friends are condemned to execution in the bunker, Ebba must uncover the secrets of her family lineage and return to the one place she spent her whole life hoping to escape.

A dystopian, climate fiction trilogy with a hint of the mythological, The Thousand Steps is the exhilarating first chapter of Helen Brain’s Fiery Spiral trilogy – and a testament to the power of a single human life to prevent the widespread destruction of the planet we call home.

This discussion guide was posted in partnership with Catalyst Press.

Why is fantasy a good genre to talk about real-life issues?

How are power, class, and privilege defined in the world Ebba finds when she is elevated?