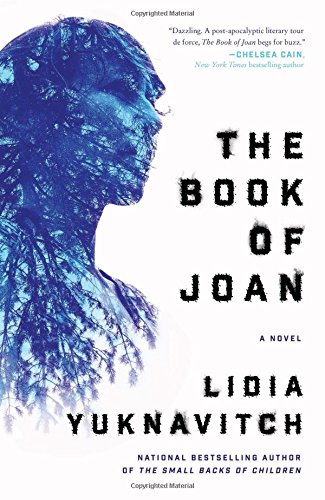 BUY THE BOOK ON AMAZON

The Book of Joan: A Novel is Bookclubz' Book of the Month.

In the near future, a cyborg Joan of Arc is born who can cause earthquakes with her fists. She is the last hope to reverse accelerating climate change, and challenge a dictator who would enslave the remnants of humanity as the Earth becomes uninhabitable. A poet named Christine, trapped aboard a space station, looks down and writes the epic story of their battle.

The character type of the tough, violent woman is important to this book. Other examples of this type might be Gal Gadot’s recent portrayal of Wonder Woman, in the 2017 film, and Charlize Theron’s role as Imperator Furiosa in the film Mad Max: Fury Road. These women rely on their skill at violence to defeat male antagonists who exploit other women as victims, often in hyperbolic ways like torture. How is this type of protagonist supposed to exemplify a way to live for us? Does this novel simply celebrate righteous strength, similarly to what we’d find in any action movie, regardless of the gender of its protagonist? Does it want us to take a war on (de) Men literally? Is it a fantasy? A symbol? Are you satisfied with the moral universe this novel describes?

Given that most people in this novel lack sex organs or secondary sex characteristics, what defines a woman, within its universe? A man?

Are the ways this novel portrays happiness satisfying? Is sex the highest virtue, or most-valued emotional experience, to be found in this book? Alcohol? Family? Friendship? Childhood? Are these virtues more conservative than the radical world of science fiction would suggest? What does this book want?