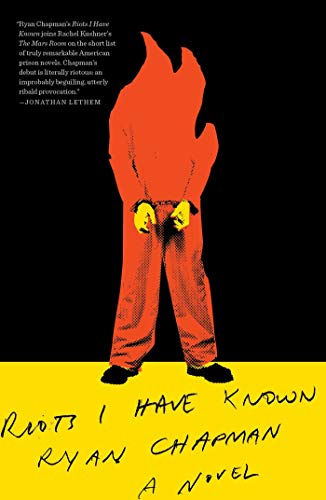 Riots I Have Known is Bookclubz' Book of the Month.

Called “one of the smartest—and best—novels of the year” by NPR, this acclaimed debut is set in an upstate New York prison where a largescale riot grows to epic proportions. Its unwitting catalyst: an unnamed Sri Lankan inmate who edits The Holding Pen, the in-house literary journal. He’s barricaded himself inside the gleaming new computer lab, and with his remaining hours on earth will share with us his side of the story, an official accounting of events, as they happened--from his youth in the black markets of Sri Lanka, to his years as a Park Avenue doorman, and, more recently, his dubious rise to literary fame. Riots I Have Known is one man’s feverish and darkly funny confession, and Editor’s Letter to end all Editor’s Letters.

The narrator gets nostalgic talking about McNairy, Betsy Pankhurst, the Hilton Hotels advance man, and others. Did you have a favorite character? Someone you'd like to see narrated their own version of events?

The narrator says it's his last day on earth, but then has enormous difficulty in telling his story in a straightforward manner. Why do you think that is?

Let's say you only have an hour to tell your life story. What would you say? Now let's say at the end of that hour you're given another sixty minutes. What would you add?

Riots I Have Known

These questions were generously written and shared by Ryan Chapman, author of Riots I Have Known.