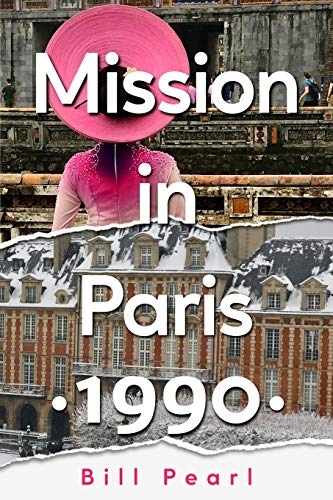 The year is 1990. Vietnam and America have not yet made peace. Vietnam is freshly wounded from fighting border wars with China and on the eve of becoming a market economy. The first bombing of the World Trade Center is three years away, so America is not yet awake to the dangers of terrorism.

Mission in Paris 1990 is the story of how an American media tycoon, Robert Samberg, whose youth in 1968 tied him to Vietnam's future, is recruited to serve his country, never expecting that a mission to explore political reconciliation would lead him to a path of personal reconciliation.

On the eve of his greatest business triumph, he rediscovers My Hanh, a long-lost love from Vietnam, and learns they have a son. Robert's life is upended in this tale about the enduring strength of love and the power of forgiveness. This novel, set during the normalization of relations between the U.S. and Vietnam, explores reconciliation among people and nations. It also tells a powerful love story - between a man and a woman as well as between a father and a son. A skillfully crafted, page-turning saga of the enduring power of love and forgiveness.

Forgiveness is a major theme in Mission in Paris. It's easy to understand the role of forgiveness in relationships between people, but do you think it can extend to international relations? What would it look like for people to 'forgive' an oppressive government, or for formerly warring nations to 'forgive' each other?

The story takes place in some exotic places: Places des Vosges, Paris and Le Sailhant in Auvergne, France; Jade Island in Hanoi and the BucSon Valley in Vietnam; New York City and Palm Beach. What did you think of the way the author wrote about these places? Did he succeed in making them authentic and vibrant for you, the reader?

What do you think about the way the story mixes fiction with real-life events? Did you like this realism while you were reading? Did the mix feel seamless or did you find not being able to parse out the "truth" frustrating?