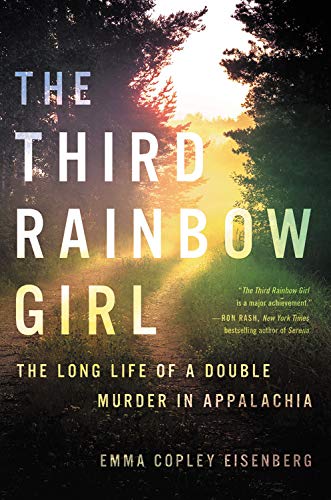 The Third Rainbow Girl: The Long Life of a Double Murder in Appalachia

Summary: In the early evening of June 25, 1980, Vicki Durian, 26, and Nancy Santomero, 19, were killed in an isolated clearing in Pocahontas County, West Virginia. They were hitchhiking to a festival known as the Rainbow Gathering but never arrived. For thirteen years no one was prosecuted for the "Rainbow Murders," though suspicion was cast on a succession of local men. In The Third Rainbow Girl, Eisenberg follows the threads of this crime through the complex history of Appalachia, forming a searing portrait of America and its divisions of gender and class, and of its violence.