Living the Afterlife: An Essay by Julia Alvarez 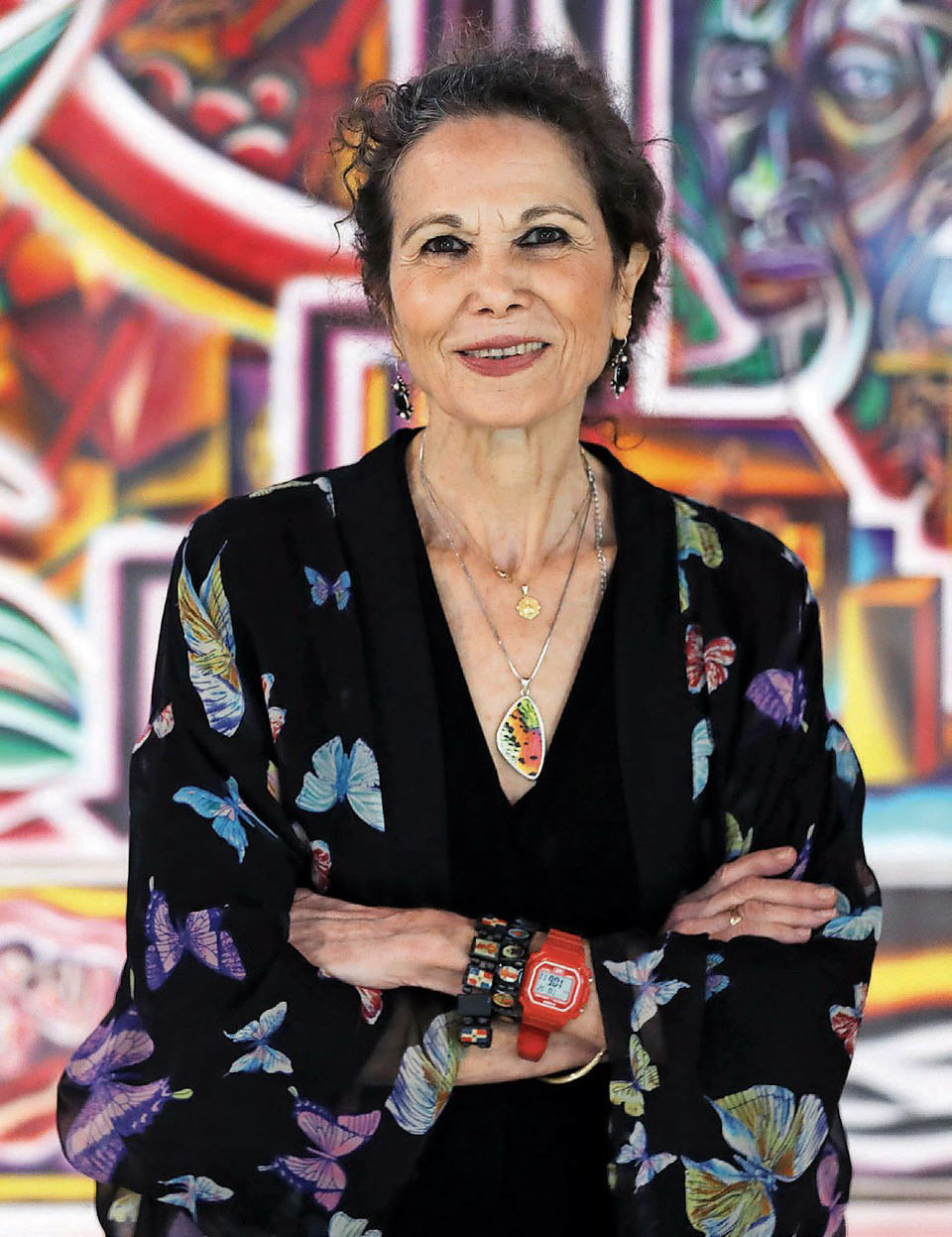 I’ve always liked to be prepared: I like to know what to expect, what to pack, who will be at my surprise party. Even as a kid, I wanted a plan, and being a middle sister suited me just fine. Someone was always ahead of me, reporting back on what was to come. When I learned from my older sister about boys and sex, she cautioned that I couldn’t think about it because if I did and died right then, I’d go straight to hell. That was terrible news. But I had to think about it, have a plan going forward. My American friend Elizabeth offered to help. We spent an afternoon kissing and petting in a part of the garden Papi had planted, which he called El Paraiso—just practicing, you know.

When the Girl Scouts came to the Dominican Republic, my older sister joined. A few months later, an American mom started a Brownie troop for us younger girls. At our first gathering, the mom explained we were going on a treasure hunt. We were to work together as a team: she’d give us the first clue to puzzle out, which would lead us to the next and the next clue, until finally we’d unearth a buried box full of candies. But I wanted to know where the treasure was beforehand. So I wandered off, searching for any recent disturbance of the ground. Sure enough, I found the mound, dug up the box, and hollered, “Candy!”

“Julia is not ready to be a Brownie,” the leader told Mami.

I grew up in an oral storytelling culture, with a repertoire of family stories repeated over and over. I already knew the plots and characters, the twists and turns, but that didn’t diminish the satisfying pleasures of encountering them again, old friends. My favorite storybook was The Arabian Nights. This smart girl Scheherazade had a plan: she bombarded the sultan with story after story for 1001 nights, stories I got to know by heart: “Ali Baba and the Forty Thieves,” “Aladdin and His Magic Lantern,” “Sinbad, the Sailor.” Scheherazade ended up saving her life and the lives of all the women in her kingdom. This is what came from good planning.

In 1960, we had to leave the country in a hurry to escape the dictator’s dreaded secret police. All our plans went out the window. We landed in Nueva York, a huge metropolis full of strangers speaking a language I couldn’t decode. What were they like, these Americans? Who did they love? How did they go about their lives? I became a reader, not to find myself in books—in fact, there were no “multicultural books.” I read to find out about them, their daily lives, their idioms, their jokes, their families, friends, enemies. It was profoundly transforming to discover that these characters who were supposed to be so different from us were so much like me.

I started writing my own stories in large part to understand what was happening to my family and me in this brave new world. In my first novel, How the García Girls Lost Their Accents, I was able to imaginatively resolve the issues that arose in an all-girl immigrant family. In the Time of the Butterflies helped me to learn about and reflect upon my parents’ generation, the wages of the dictatorship they had left behind. Writing was my GPS in the labyrinth of “real life.” Otherwise, I would’ve ended up devoured by the minotaurs waiting around every dark corner. As I told a reader once during a Q and A, my writing process was “staying one sentence ahead of the furies.”

You might think, then, that I’m the kind of writer who has a book all planned out ahead of time. I am a disciplined writer with a writing schedule I try not to veer from, and I do work best with structure. Like Flannery O’Connor, I’m a believer in the daily habit of writing. I’m not always productive or inspired, but the muse knows I’m home from nine to three. I wouldn’t want to miss her when she deigns to come. That said, I rarely know where I’m going or even what I’m thinking until I write it out. To alleviate the stress, I do always have a safety plan as a lucky charm: this will be the ending; this character will end up doing this and that. (I hear John Irving always knows the last line of his novels before he starts. Jeez, some writers have all the luck!) Once I have a plan, I can let go and lose myself in the mystery.

This all worked fine for my young and middle-aged writing life. But then the safeties came tumbling down. Mortality, which shouldn’t have come as a surprise, surprised me. I started losing the people I love. One of the downsides of having a large extended familia is that when the time comes, you lose not just a nuclear handful but a whole flank of significant others: tías, tíos, madrinas, padrinos, abuelos. The losses kept coming closer: my parents, my beloved in-laws, my teachers, dear older friends left and right. Beyond these personal endings was a growing sense that we are living in elegiac times with the destruction of so many ecosystems, the extinction of many species, the poisoning of the air we breathe, the water we drink.

When I lost my older sister to suicide, I was lost. Following her was what I’d always done. I no longer had my scout, always a few steps ahead, making the mistakes I would learn from, preparing the ground for my arrival, and preparing me for what was coming. I tried writing my way out of grief, but I couldn’t summon the fierce attention and affection a book requires in order to get written. My old tricks didn’t work. The discipline, the staying ahead of the furies. I couldn’t run that fast anymore. I couldn’t whip out a chapter, channeling Anne Tyler. I realized at some point that I, too, had died—or at least my old selves and the younger writer who had written about them.

But I couldn’t give up. None of us can afford to stop at despair. We owe the generations coming our deepest, truest activism: doing the work we love to do. And so, rather than abandon all hope and stay stuck in the underworld, I began to reflect on loss and last things. After the final no, there comes a yes, Wallace Stevens wrote. But where will the yes after the final no come from now?

It may come in such seemingly insignificant, often irritatingly inconvenient ways that we might miss it or dismiss it, were a story not there to force us to pay attention. It might come in the guise of an undocumented pregnant Mexican girl or a sheriff who really does have a heart of gold under his gold star or an exasperating manic sister with a noble heart. It will come at those moments when we act out of the larger versions of ourselves and edge a little closer to a more beloved community.

Afterlife is, then, my first novel written as an elder. I’ve been preparing myself, you know, befriending a world that is closing in on being the world without me. I call it “living the afterlife.” If Scheherazade—a plucky woman with a crafty plan, who kept herself alive in the sultan’s court—was my first muse and model as a young storyteller, who will be my muse for this time in my own and in our planetary life? I write to find out.