Forget Straight A’s and Coding Camp: Raising a Generation of Girls Who Expect to be CEO 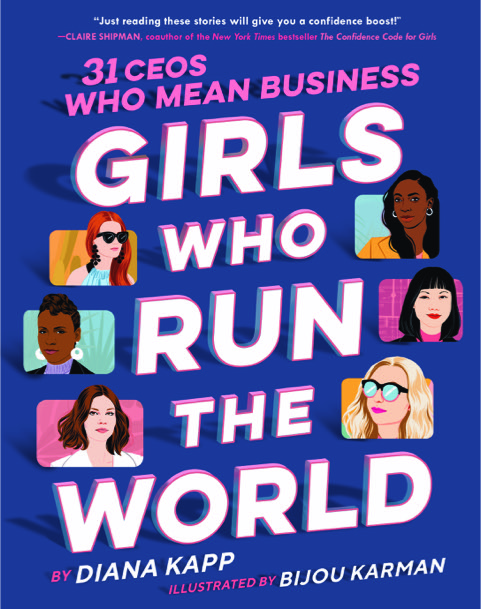 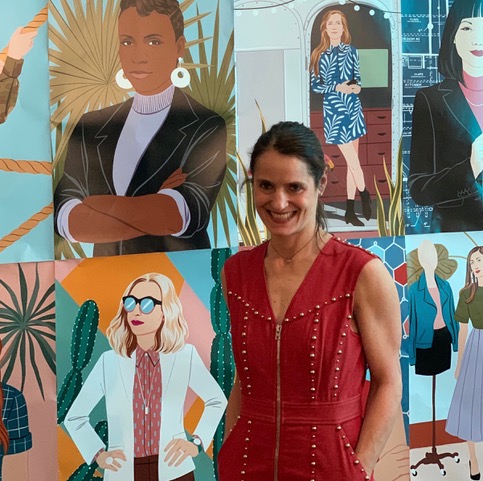 Did you know?
• Just 6.6% of Fortune 500 CEOs are women.
• Women in the U.S. start 30-40% of all businesses, but those account for just 4% of income earned.
• In 2018, 2% of venture capital dollars went to companies founded by females.
• 23 percent of fifth grade girls think they are not smart enough to pursue their dream career, and by high school this number doubles.

All this is true. But I didn’t get inspired to write Girls Who Run the World: 31 CEOs Who Mean Business  because of alarming data alone. Instead,  I got the idea walking home one day listening to my fave podcast How I Built This. Sara Blakely, America’s youngest female self-made billionaire and founder of underwear empire Spanx, was sharing her journey.

After the idea hit her to chop off half her hose (her legs were sticky and sweaty under her pants, but she needed the hose to avoid panty lines!), she took a week off work, drove a few states away, and knocked on factory doors until she found a manufacturer willing to make samples.  Not able to afford a lawyer, she wrote her own patent.  When she needed a place to sell her wares, she cold-called her way into Neiman-Marcus stores. The first time she visited her products there, she found her bright red boxes dusty in a dank corner. Guess what she did? She darted off to Target, bought a rack, hid it in her coat, returned to Neiman’s, and set up the rack with her hose on it front-and-center by the register. Nobody asked her what she was doing, so she offered no information. She just pretended she belonged there. She definitely didn’t ask permission. Hearing this, I thought everything I want my two teen daughters to know about life is embedded in this story! Take risks. Sometimes fake that you know the drill, and soon you will! Believe in your idea even when others don’t. Be assertive.

Since teen girls rarely listen to podcasts, I thought I better write down the stories of some of today’s most pioneering, inspiring women, in a format relatable to girls. Girls can read books on many heroes of the past—Amelia Earhart, Marie Curie, Rae Jamison. But what about the women reinventing modern society? The inventors and disruptors of our time. As I like to say, You cannot be what you cannot see. So, that became my mission.

I picked a diverse set of women hoping for every reader to find a relatable role model. There are immigrant stories, first-in-the-family to go to college stories, women who excel in STEM and others who hate math. The entrepreneurs come from construction to cancer biology to cosmetics. They are inventing new forms of green energy and personal genetic tests and bags made of recycled military gear and manufactured by military vets! There is someone for everyone.

I worry a lot that girls and women do not believe enough in themselves. In one study, in 30 out of 30 countries, women underestimated their intelligence while men in all 30 countries overestimated their intelligence. Women frequently  undersell their ideas. Venture capitalists tell me that when women answer questions about their business, they focus more on potential problems than potential upside. They worry about being labeled  a mean girl if they are assertive.

I want to increase workplace equity by working to raise a generation of girls who EXPECT to be CEOs and  founders and leaders. This is an important piece of  moving forward and breaking through more and more glass ceilings.

This book would be ideal for any book club and for mother-laugher book clubs especially. The stories are inspiring journey tales. Nobody who invents something amazing does it without many mistakes, foibles, and amazing feats. The book is also full or life lessons and tips from these beat-the-odds entrepreneurs, from the practical to the philosophical. The book has gotten some solid traction in the first two months. Girls who run the world has been covered by by NPR's Marketplace WashPo, Tech Crunch, Forbes, Katie Couric’s Wake Up Call.. It was a #1 New Release- Teen & YA Biographies-on Amazon.

The book has been blurbed by Madeline Albright, Arianna Huffington, Laurene Powell Jobs, and  Claire Shipman (author of Confidence Code for Girls). You can learn more about my journalism career at www.dianakapp.com. But, in short, I have been covering women & work, Silicon Valley, education, and culture for two decades, for outlets including ELLE, Marie Claire, Washington Post, NYT, WSJ, San Francisco Magazine.

Some discussion questions for a book club:

-Why do you think there are so few women who become entrepreneurs and inventors?

-How did you think about your career (for mothers/women) as you were coming up? Daughters-what do you want to pursue?

-Why do you think failure is such an important step along the way to achieving success?

-Which of the women did you relate most to, and why?

-Who are your role models generally -do you have a mentor or role model? Who do you admire? I have three young nieces, and I will be buying this book for them to read with their mom and dad during story time. Awesome premise!!