A Conversation with Carolyn Ferrell 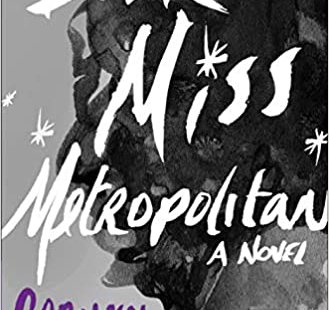 Enjoy this Q & A with Carolyn Ferrell, author of Dear Miss Metropolitan and her editor Retha Powers.

RETHA POWERS:  What was the genesis of DEAR MISS METROPOLITAN?

CAROLYN FERRELL: My novel is about three young girls who are kidnapped, held captive for a decade and eventually liberated. I began writing this book in 2013, a short time after reading about crimes of kidnapping and captivity that had taken place in Austria and in the US, in Cleveland Ohio-where 3 girls were locked away.

The real-life stories horrified me and captivated me, leaving me with many questions. At that time I wondered how could these girls go missing for so long, why hadn’t anyone found them, how could girls and women simply be misplaced or forgotten, how had their disappearances simply disappeared from view?  I began to do some research and soon came across some startling yet non-surprising facts. African American girls make up over 40% of the missing children in America, and yet they’re always absent from any collective outrage; you don’t read about them in newspaper headlines. You don’t learn their names. You don’t hear how or why they vanished. Because I was, as a writer, interested in the aftermath of the conflict, I felt I wanted to answer my questions through fiction.

RETHA POWERS:  But you didn’t start out thinking you’d write a novel closer to actual events…

CAROLYN FERRELL: When I began Dear Miss Metropolitan, I wasn’t thinking statistics, though. I was a fiction writer trying to explore the conflict and aftermath of my characters, and again: one of the first things that came to mind, after getting down the particular stories of Fern, Gwin and Jesenia, was the stories of their communities. How did their communities lose sight of the girls? What was their responsibility toward them? And once the girls were recovered, how did the community take care of them? Was that even their responsibility? I was interested in the ways in which people process trauma—and one of the questions I was left with that I wanted to deal with in fiction was this: How do you not only survive but flourish?

RETHA POWERS:  Whenever a child goes missing the first question that people ask is, “Where were their mothers?”

CAROLYN FERRELL: In writing the novel, I was also interested in the ways the mothers of these girls suffered—mothers being the cornerstone of the various communities, the first to get blamed, shamed, mothers often not understood at all. What had anyone done to present these girls from being permanently erased?

As a novelist, I was hungry to distill these complexities into a story that would remain with the reader.

RETHA POWERS:  Your main characters are three Black and Brown girls. Why three?

CAROLYN FERRELL: I began the story thinking in threes…three being the ideal number for a mystery—which is the way I began to envision DEAR MISS METROPOLITAN—a mystery of disappearances and recoveries.

RETHA POWERS:  Whose voice came to you first?

CAROLYN FERRELL: Initially, the story was told from Fern’s POV, and was a pretty straightforward narrative. When I finished her section, I knew the book was not done. Again: the community aspect was gnawing at me. I knew there were a multitude of voices that also wanted in. Because this was a story that happened not only to Fern, Gwin and Jesenia, but to others as well. What was missing for me were those other voices, whose experiences could not be erased, either.

RETHA POWERS:   You deal with challenging subject matter but I’d be remiss not to point out the humor in this book. Was humor always central to the novel?

CAROLYN FERRELL: I’ve written harsh subject matter before, and I’ve always relied on humor to help me create believable characters and situations. There is something about humor—as well as dramatic irony—that speaks to the survival of my characters in Dear Miss Metropolitan. If I’d made them “totally serious”—if such a thing were possible—I would, in effect, be denying them their humanity. Humor is a part of the lives of Fern, Gwin and Jesenia—it’s infused into the ways in which they viewed their horrific worlds before during and after their captivity. They are frightened, scared to death, regretful, angry, despairing, furious—and all throughout they keep their humor. It’s a testament to their faith. For me, it was one of the most hopeful aspects of the novel.

RETHA POWERS:  One of my favorite quotes is from Lorraine Hansberry who said, “in order to create something universal, you must pay very great attention to the specific.” You’ve created a specific and unforgettable world. What are your hopes for DEAR MISS METROPOLITAN and your characters?

CAROLYN FERRELL: I wanted to write a very specific story of three Black and Brown girls that would resonate with a very large audience. In short, I wanted everyone to be Fern, Gwin and Jesenia’s audience, their close and devoted readers—because I wanted people to see themselves in the girls, and maybe think differently about Black girls, runaways, girls on the fringes—and perhaps identify, sympathize. That’s a tall order—I can only hope. But I do want the novel will shine a light on Black girls. I think everyone who witnessed Amanda Gorman perform her “The Hill We Climb” at the Inauguration could not help but be filled with hope—for our brokenness, for the long time we’ve been away from human decency and humanity. I’d love it if people read DEAR MISS METROPOLITAN and felt hope, too. Again: a tall order! My former teacher Grace Paley put this best when she made a character of hers famously say:  Everyone, real or imagined, deserves the open destiny of life. That is what I wish for my characters: that the open destiny of life spreads before them, and before us readers as well. That we look at Black girls—those on the outskirts of everything, including their own lives—and really, really see them.

This interview was shared and sponsored in partnership with Henry Holt.